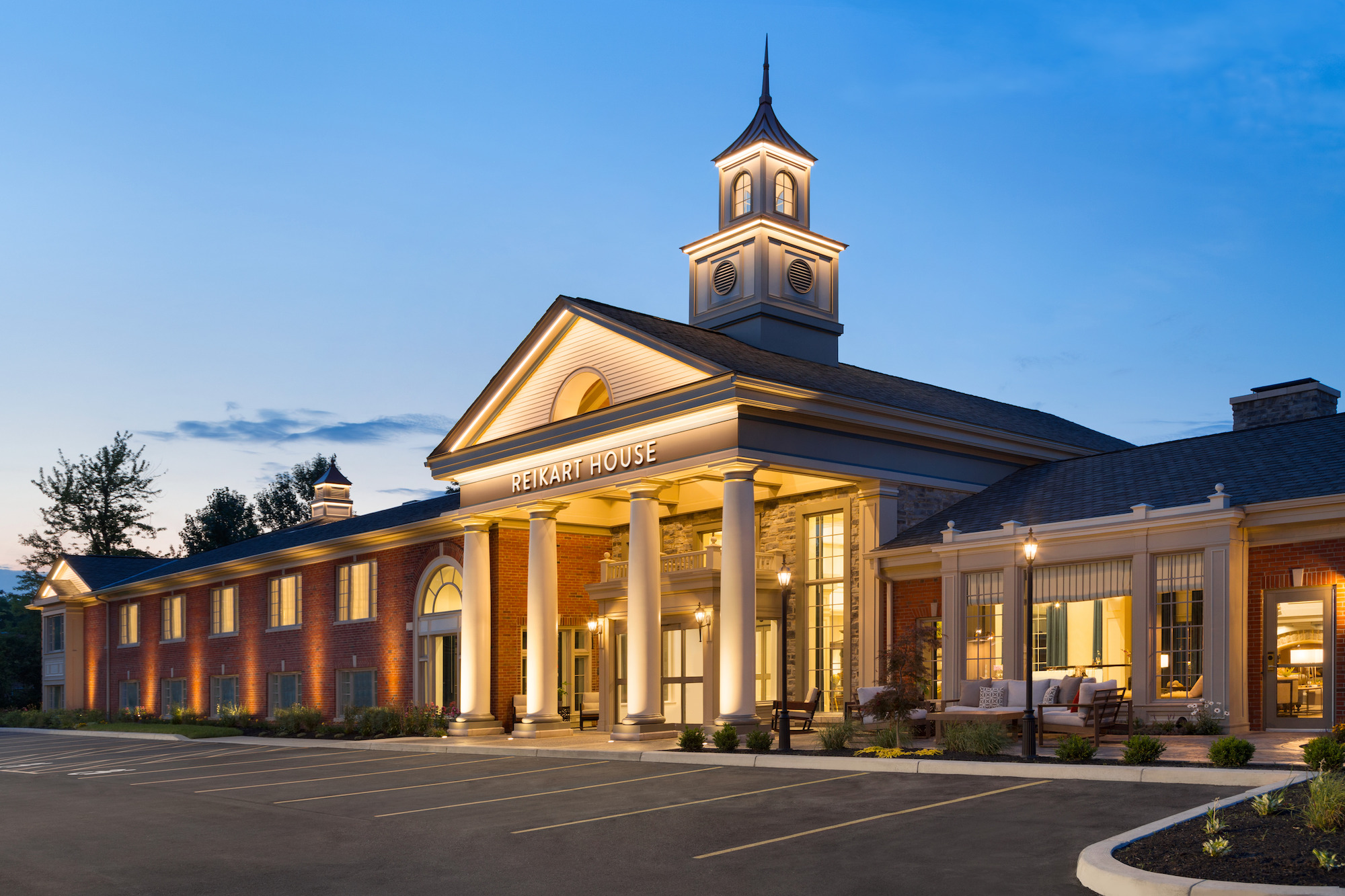 LUXE Interiors + Design New York featured The Gettys Group Companies’s work on Reikart House in its April issue as part of the “Check In” column.

“In the early 1900s, vaudeville musicians Frank and Dolly Reikart—along with their pet capuchin monkey, Jocko—were known as Amherst’s ‘first family of hospitality’ because of how well they entertained,” the article begins. “A century later, the couple’s joie de vivre is the inspiration for a revamp of the city’s 1960s Lord Amherst Hotel, which Chicago-based The Gettys Group Companies reimagined as Reikart House, a 92-room hotel.”