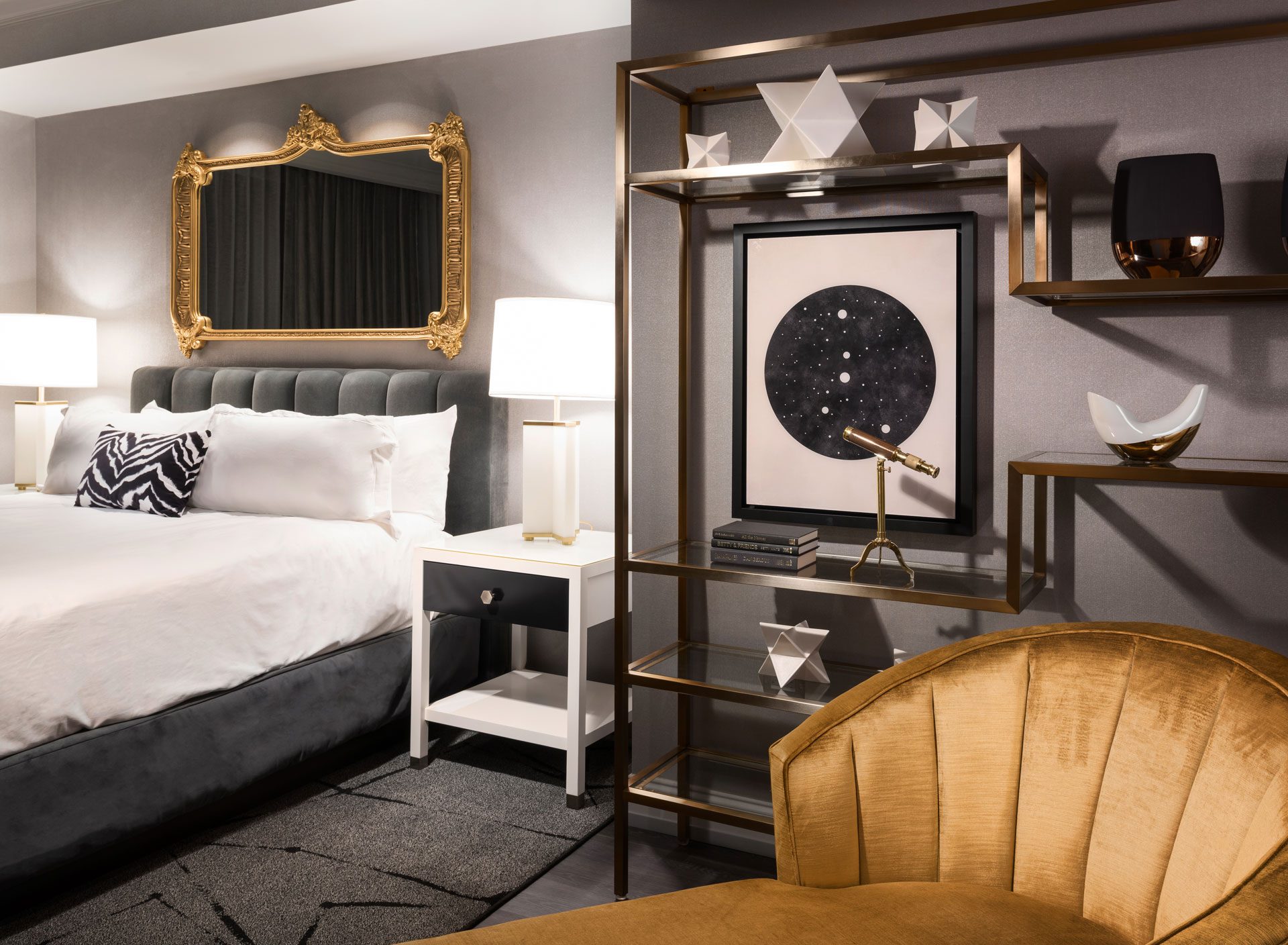 The May 2017 issue of Boutique Design magazine showcases The Gettys Group Companies’s recent hospitality project in Columbus, Ohio: Hotel LeVeque, which was completed this past February. This unique adaptive reuse building is a powerful example of the power of research, branding and interior design as the hotel’s new look and feel is an extension of The Gettys Group Companies’s branding team’s vision for the project.

As the feature states: “Nabbing the project when the hotel’s operator had just begun its analysis meant the Gettys branding team was able to dive deep into the history of the building and the surrounding metro area from the get-go. While interiors and branding can feel like a chicken-egg conundrum on some projects, there was no riddle with Hotel LeVeque. Instead, the property’s logo and tagline—“beacon of hospitality”—served as the launch pad for all of the design touchpoints.”